Well, after last night's meet we are over the £40 mark and its time for us to select a new game.

7 Wonders
Ankh Morpork
A game of Thrones the board game (looks like it is getting a second edition release though not actually relased yet. Expected this year.)
Defenders of the Realm

Please add any suggestions to this thread and I'll edit the above. I'll leave this running for a week or so and then create the usual poll.

Heard good things about 7 Wonders but it already has an expansion set out (leaders!). Does this mean the base game was a little broken?

How about adding defenders of the Realm to the list? Looks like a nice fantasy romp:
http://www.boardgamegeek.com/boardgame/65532/defenders-of-the-realm

From what I've heard the expansion is not worth getting. I'll add defenders of the realm

Well, I've made a spur of the moment decision and have bought Ankh Morpork as it was in Emporium when I popped in.

We have got it reasonably cheaply so it will not be that long before I'll be asking the question again.

And I promise to put it to a vote next time.

I'll take a look over the weekend and bring it down on Tuesday.
Its a 2-4 player game. So if anyone is desparate to give it a go sign up here, otherwise we will sort it out on Tuesday.

Sounds a good buy, I'm in to play it. 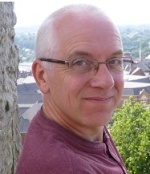 I'd like to play it too, try and read the rules but no promises (I'm lazy..)

What's the club bank balance looking like ? Is there enough for another game yet ?

I'm wondering if we should go for a big expensive game next as so many members have bought cheap games from The Works recently. What is our "most desired" game ! I'm thinking one of these:

The club has somewhere between £20 and £25 at the moment. I missed two out of the last three sessions so no money was collected for those two.

I'm happy to go for an expensive game as long as its a game the club wants to play. And there is no reason why we can't decide that now and then just work towards it over the next few months.

I like the look of Colonial: Europes Empires Overseas. Nice looking board. I just wonder how liberal they have been with the 120min playing time.

We could always go for a nice rare game. I found this recently:

Looks great fun! Educational too (Darwin would be proud)... unless your a stout Catholic.

Rilkyn wrote:Well, I've made a spur of the moment decision and have bought Ankh Morpork as it was in Emporium when I popped in.

We have got it reasonably cheaply so it will not be that long before I'll be asking the question again.

And I promise to put it to a vote next time.

I'll take a look over the weekend and bring it down on Tuesday.
Its a 2-4 player game. So if anyone is desparate to give it a go sign up here, otherwise we will sort it out on Tuesday.

But according to the Club Library list posted in July we already have Ankh MorporK! Do we now have two copies?

Nope. Just the one.

The post gets edited everytime a new game is bought.

When passer's buy ask: "whats happening here then?"
Us: "Oh, this is a board games club, we just meet, drink and play board games."
Them: "You mean games like Scrabble and Monopoly"

We can just roll this out rather than our eyes!

marcindore wrote:But I swear it was already on the list several weeks ago because I was going to ask to borrow it after we had played it down at the club! Absolutely sure it was already there.

Craig's post was in September... it's now November... "several weeks" works. Think all those "Works" purchases have gone to your head.

Craig - to avoid another dungeon lords MIA case... might be worth putting peoples names next to the game they borrowed... I'll put my name next to Forumula De (actually I haven't - because I have your personal copy right?).

Was a great 7 player game last night. We played the Netherlands track - 2 laps. I was on Pole. Eigen got past me on the first corner but I quickly regained the #1 spot. At the back of the field, Steve was bumping into everyone and by turn 1 had seriously damaged his car (He spent the rest of the game praying he didn't take more damage and crash out).

Turn 3 and I burnt all my brakes in and effort to make a 'stop' in the corner. Didn't want to use my tires as to avoid the pit-stop. The rest of the pack were jostling for position at turn 2. I managed to build up an impressive lead staying in 5th/6th gear. This however was my downfall... when everyone else got up into 5th and starting rolling 20s my engine started to splutter. I was forced to drop into 4th to avoid blowing up.

Steve made it through the pack and was bearing down on me. Last corner of the race, I moved up into 5th gear. I still had 4 tires left. All I needed was any number but 20. Guess what I rolled. I spun out handing Steve the game. Worse was to come as on the Home straight I finally crossed the line but only after being passed by Will, Morgan and Marc on the last turn.

Eigen suffered the same fate, spinningt out on the last corner. Jon came in 6th, leaving Eigen with the wooden spoon!

Yes, apologies for not realising that this post had been going on for several months! And thanks for some great games last night - Razzia with 5 players, Formula De with 7 and Braggart with 5 were all fun. Not sure what to make of Chrononauts - seemed far too random but might make more sense as you become more aware of the card deck. But a great evening's entertainment.

They have just re-released "A Game of Thrones" as a second edition. Wasn't that on the club list to buy a while back?

Warriors and Traders looks like one we would enjoy...
http://boardgamegeek.com/boardgame/107861/warriors-traders

Yeah, it was. Once we have enough money we can look at it again.

I've got my eye on Warriors & Traders too !

Shouldn't we be more formal about this and ensure £1 is collected and recorded from all club attendees every session? That way we'll get these games quicker. Maybe we should discuss over the Christmas dinner.

You are right Mike, It should be more formal. I have talked to Rilkyn and if he is not around, I will collect the £1s. On the rare occasions neither of us are there Mike can you collect? Should cover all bases. I have created a private "members only" thread on the forum which shows what the kitty is up too (you will need to be logged in to view it from the main page). This can be and will be updated by either Rilkyn, Mikew or myself (edit the post)...

Yup, that sounds good, and I'd be happy to help out.

Thanks Aneurin. Or "Club Kitty" as we'll now call you.

Aneurin wrote:They have just re-released "A Game of Thrones" as a second edition. Wasn't that on the club list to buy a while back?

Warriors and Traders looks like one we would enjoy...
http://boardgamegeek.com/boardgame/107861/warriors-traders

Just bought Warriors & Traders as my christmas present from my wife. I'll bring it to the first January session.

Excellent... can't wait for a game. No idea what will be waiting under the tree for me at Xmas (if anything). I might have to wait until my birthday in February instead.