Nah - I'd like to continue my current losing streak for a while longer.

Have you tried Pm'ing Stefan? He might send the artwork out so you can get them printed for the club? He can only say no.

paulyg wrote:I enjoyed our games last night. Vast was fun, though we all felt that the dragon seemed a bit OP. It could be that the strategy for other roles are a bit more subtle, though, or perhaps we have to work together better to stop that big lizard.

I also really enjoyed Vast, it it definitely seemed like we was doing something wrong for the Dragon to have such an easy time. I think we may have done the odd thing wrong, but it wouldn't have changed the game much if at all... Just seemed too easy for the Dragon to feast on the Goblins so they ended up doing not a great deal, while the Dragon just snowballed to victory. Maybe the Knight needed more assistance from the Cave with treasures and use the Thief as death fodder to mass Grit fast? It was fun though

Yes, I suspect that having played it once we'd all now be much more focused on giving the dragon a hard time from the start. Or perhaps adjusting the difficulty settings for some of the characters. I like the amount of variety in the game with all the scenarios and variants - possibly just needs a bit of 'tuning' to get a more satisfying game?

Yes, I think with 5 players there definitely has to be more help given to the other players to stop the dragon getting powerful quickly. The 3 player game with the knight, goblins and cave I had played previously was a lot closer with each of us almost winning at various points until I as the cave eventually won.

I was reading some of the BGG forums and it seems a combination of the knight attacking the dragon early on when the cavern is small and the cave giving treasure to her where possible helps.

I'm up for another game sometime for anyone who's interested. 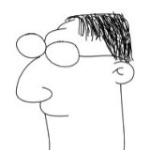 Yea, I'd be up for playing it next week for sure. 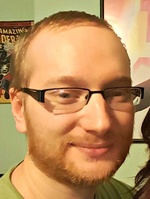 Page 3 of 3
Permissions in this forum:
You cannot reply to topics in this forum
Who is online?
In total there are 3 users online :: 0 Registered, 0 Hidden and 3 Guests