I used to play a few Games Workshop games as a kid and have always enjoyed 'standard' board games but when I recently discovered the world of 'Eurogames' - I was put on to them through another forum I use - and the like found that none of my family or friends were really keen on playing them, hence me looking for like-minded people to play with! Well, it was that and the girlfriend saying "Nobody will ever play that with you..." when I looked at the Game of Thrones game. Now I'm really enjoying coming down to the club, playing some games and getting to know some of you.

As I mentioned in the thread for last night's meeting, I'm keen to play what some of you would consider 'classic' games, I've done a little bit of reading and came up with Dominion, Carcassonne and Settler's of Catan as ones to play (2 out of 3 of those down now!) but what others would people suggest as 'classics' and would people be happy to bring some of them down over the coming weeks/months, or have you all played them to death?!

Where do you guys buy your games from? I understand there's Patriot Games in town, I may have a wander down one dinner time from work, but do you all buy a lot on-line? For example, after enjoying Powerboats last night I thought I'd have a look and see how much it is but it doesn't seem easy to find on-line but that could be me just not looking in the right place.

Funnily enough, now that I've discussed some of the games we've played over the past few weeks people seem more interested in them, so I thought I might get hold of a couple and see how people respond to them. My girlfriend is happy to play some board games but I can't see her going for some of the Eurogames (am I using the right term by the way?), hence me looking at Powerboats as I think it's one she'd go for; I already picked up Big Points which we played the first week I came down as it was a good price. Are there any other games that you think might appeal to people that are easy to pick up and play quickly? I actually think most of the games I've played so far have been relatively easy to get going with but I think you get my point.

Finally, I come across the Board Game Geek website, is that the best source of info on new games and whatnot?

I might have some more questions which I'll throw in here later on.

www.boardgamegeek.com is definitely the place I go to, as I suspect do most of the people here. If it's in the top 100 we wanna play it.

Have a look at the Club/Personal Libraries sedction here to see what people own.

As for buying games, I tend to use the web to search for cheapest. But I can recommend Leisure Games and Orc's Nest:

I always use one of the following 3 for online prices:

It's worth checking all 3 as IGUK offer free delivery but can be more expensive. I think both Lore and Guru offer pickup from the various locations if you are ever nearby.
The Wargames Emporium in Orchard Square, Sheffield or Maelstrom Games in Mansfield also sell some games. Then of course there is amazon and Ebay (both worth checking as you can pick up some good second hand bargains - and the old OOP games)... so plenty of choice.

In terms of classic games you need to include "Puerto Rico" and "Power Grid" in your list. I own both so if you want to test them out let me know and I can make sure I bring down to the club next time. My wife is a non-gamer and I have managed to get her to play and enjoy both Dominion and Power Grid... not much luck with the others. More modern games you need to check out are generally found in the top 100 games on boardgamegeek.com things like Agricola are a good place to start for a real good Eurogame.

And maybe just maybe you will like the Marathon (12hours+) that is Twilight Imperium... Mike/Steve/Craig/Clive... we playing agian soon? Beena while... surely I can have a pass out by now. Plenty of new blood too

"You'll never get anyone to play those with you!" I've had some success getting these games played with family and non-gamers:

For places to buy games, I'd recommend BoardGameGuru first and foremost. Great prices and Paul's site is well categorised so you can find something that suits any sort of gamer. GamesLore is my second choice. Both shops offer top customer service. You may occasionally find some shops cheaper for the odd game, but chances are you'll be waiting weeks for it to arrive.

In Sheffield, Wargames Emporium is pretty poor these days in terms of game selection. Good if you want wargames stuff, of course. Patriot has the much better selection of Eurogames, but prices are necessarily RRP due to their rent.

Boardgamegeek is the best English-language boardgame site but it takes a bit of getting used to. There's so much on there that you need some practice to work out which of it is useful to you. The Top 100 games is a good place to start, but bear in mind that it skews slightly towards newer games as there's more buzz about them. There are thousands of games on the site, so anything in the Top 1000 is likely to be reasonable, depending on your tastes. The best place to determine what sort of games you really like is at a boardgames club, which happily you have already found! 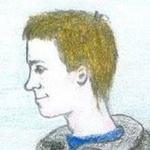 I recommend Boardgameguru too... friendly chap, and quite often his prices including postage are cheaper than AMAZON!

There are some interesting PODCASTS about boardgames which are well worth a listen... (there are loads - but I think these 3 are some of the best ones:)

If you are interested in finding out about a particular game, it's worth a look on YOUTUBE too... there are loads of boardgame reviews on there (The Dice Tower ones are usually good and informative) - and also there are lots of step by step "walk through" videos that teach you how to play specific games (can be worth a look if you get stuck on a specific rule - or just to get an idea of how the game plays before you buy it...)

Or just ask on here.

Most of the 'classic' games several of us will have played and will probably own, so this is also a good place to ask questions. And if we have it I'm sure we can give it a go at the next meeting.

Agreed, we must have several centuries of gaming experience here in the club.

My favourite boardgame blog... well, the most entertaining! http://www.shutupshow.com/

I'll just put in a word for Shire Games in Stoke-on-Trent, whose customer service is fantastic. Subscribe and you'll get an entertaining email update once a week. http://www.shiregames.com/shiregames/. But I've used all of the other online suppliers mentioned and had great service from them too.

And I still try and buy a few things from Patriot Games because I want to see bricks-and-mortar stores survive. It's nice to have such a good boardgames shop in Sheffield.

Thanks for all the advice! Lots to look in to and I'm sure I'll be wondering where all my moneys gone in no time!

Gonna have my first trip to Patriot Games on Saturday with any luck - hopefully I can pick something up to encourage those non-gamers!

Well I've taken my first steps in the game-buying world, I purchased Ticket to Ride: Europe from Patriot Games at the weekend; the missus was with me and liked the look of Tsuro, so we got that too. Enjoyed playing both of them, I can see Tsuro being popular as it's simple and quick to play and TTR was also easy to pick up although we'll need a few more games, and possibly a couple more players, to get the most from it.

This is a handy guide for anyone like me looking for advice on where to start: