I find it difficult to get out on week nights but would like more gaming in my life. Is anyone up for more weekend gaming? The landlord, Jon, at the white lion on Chesterfield Road is a gamer and is interested in hosting a regular event. He said he could put the big room aside for us (I am not sure what the big room is). Would anyone be interested in joining me tomorrow for a game?

I would really like to play some Euros: Le Harve, Agricola, Carson City or something similar. I just got Captain Sonar and would love to get it out. I am also a fan of The Resistance.

DavidFranklyne wrote:I am also a fan of The Resistance.

I've heard very good things about The Resistance and always wanted to try it. Wouldn't mind giving it a whirl. I'll try and contact you on Facebook.

Hey Jamie, do you play other games? What do you like? We would need 5-8 people to play the resistance. It plays best with more people. If your interested in meeting up at the White Lion, would 1pm work?

I could be interested in anything you mentioned other than the resistance.

Hi David, 1 pm maybe a bit early for me (will be doing a run Sunday morning). I could be around later in the afternoon for games. I quite like Eclipse, and simple area control games, have Risk Europe that needs playing. Also have Secret Hitler which is loads of fun but needs maybe 7 players...

ps. I think I may have played resistance before, is it a bit like Avalon?

I'm interested. The White Lion is a nice pub. Pretty sure I have some bar tab money still owed there from winning a quiz, too!

Would 3pm work for people?

David, I'll fess up, I have already played Resistance (at least 3 times) previously. Awesome game, so if that's on the table, count me in. To be honest, social deduction games are my fave genre of game.

I could do 3, or indeed 1. Happy to play any lying simulators/euros.

Ok, looking at for a 3pm meet up. Can I get a show of hands for who will be there?

Great! We can have a Euro with two(or more) players. I love Avalon/Resistance but of course we would need numbers to play that. I would love to get Captain Sonar on the table if it's possible. I have some work do to on my computer so I will head down a few minutes early. I'll be there either way.
David

Ok. I have just got a couple of games involving lies and deception that will work with fewer players, so they should please Jamie if he joins us.

I'll pop down, see you there.

The White Lion at 3pm sounds good, I'll pop down too to see who's about and will bring a couple of Euros along. 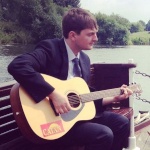 Kes wrote:Only just seen this but just wanted to say I live two mins from white lion so very happy to play there whenever

Yeah I would have been up for this with a bit more notice, did you meet up? What games did you play?

Yeah. We played HMS Dolores and Le Havre. Unfortunately didn't get the latter finished as the pace of play was very slow and after three and a half hours I had to leave. A shame, because I really liked the game. I would imagine it should normally come in under the two hours estimated. I'd be keen to play it again sometime soon.

The White Lion is a nice pub. The snug was nice and quiet although the rest of the pub wasn't. Main drawback for gaming was that nearly all the tables were small and round. I'd definitely be up for a session there again, though.

I don't think I've ever played a game of Le Havre in under two hours but three and a half, and counting, is excessive!

Yeah, there were still at least five rounds left at that point too!

Meurig wrote:Yeah, there were still at least five rounds left at that point too!

I think at least 2 new players and rules explanation etc, contributed to the game duration. Anyhow, how did you get on with Eclipse? Did you play with ROTA expansion, or was it plasma missiles for the win?!

I hadn't played before, so three new players I think. And yeah, I'm sure that's why it was slow. Still, would have been looking at over five hours to finish, which is a bit crazy. I think with a game like that people need to not worry about making the best possible moves each time and just keep the game moving. There's no way you're going to play optimally first time through anyway. Trying to do so just means the game takes forever and you still won't achieve it. Most of my favourite games have to be taken as a learning experience first time through.

I still really enjoyed trying it. Thanks again to David for bringing it and teaching it. And apologies again to all of you that I had to leave.

Eclipse was fun. No expansion and yeah, John won with plasma missiles. Definitely the main problem with the game, although I do think I possibly could have still beaten him if I'd invested in shields or had better dice rolls. As it was he smashed through my ships on the last turn to take two monoliths and secure victory.

Wow yeah looking at BGG it says 150 minutes so with new players it will go longer. Ah well at least you know how to play so next time it will be closer to that target.

I think it's intended to mean 150 mins max for five players. Similar to Agricola that would be 30 mins per player. That sounds about right to me. There's 20 rounds with probably two actions per person per round average.

Yeah plasma missiles came in handy, but only just. Missiles didn't give me an advantage until the last 2 rounds. Plus 2 other players had missiles too.

I was the tech race and got walled in and I needed to build up to break out of my little sector as I was getting hardly any resources. One round I only did 1 action, just because I had no resources and had to stock up. The game could've gone a lot differently if someone had taken advantage of me when I was that weak, but playing with 2 new players I figure I just got lucky. Plus when one player tried to break through he had horrendous rolls for him, and exceptional rolls for the ancients (something he blamed me for, I'm sure), meaning he ended up losing a dreadnaught to an ancient ship. That's just bad luck for him and good luck for me.

Other players delayed themselves by making mistakes due to not seeing that wormholes weren't connected and such like. Just new player problems meaning I was free to build up for one final push to rob the victory from Meurig. It really was a smash and grab at the end. There was a 30 point swing last round as I rampaged through Meurig's (mostly) unprotected space. It was mostly because of the experience of the pinning rule that I won really though, and that Meurig feared my missiles enough in one of the latter rounds not to press into my territory when I wasn't quite strong enough to resist.

Good game. I do need the expansion though.

Page 1 of 2
Permissions in this forum:
You cannot reply to topics in this forum
Who is online?
In total there are 4 users online :: 0 Registered, 0 Hidden and 4 Guests

» Two rooms and a boom plus others