I think that you typo'd the hyperlink, mate: ( https://inspirationforlife.co.uk/24hr-inspire-2018/ )
Anyway I'll get this shared with the uni board game club. They've done a charity event especially with RPGs society where you'd give to charity to reroll bad dice.

Aneurin wrote: I need a snappy title for the event...

Inspire's Board-games Endurance Side-quest / Aside / Addition (/ lots of words that begin with "A" meaning essentially "also"), IB(G)ES , IB(G)EA
I dunno, board game is a notoriously awkward phrase to make anything snappy out of. I'd say something about over analysis / paralysis but I don't find that term nor alliteration very amusing.

Aneurin wrote: So Twilight Imperium 4 anyone?

Also my cup of tea.

I'll be along. Some of those lectures look interesting too, though.

Kes are you still planning the Harry potter game.
Looking at the reviews I will be up for it if there is still space.

Reminder - this is happening today in the Hicks Building at the University of Sheffield. 5pm this evening until 5pm on Friday. Can you make the full 24Hrs? Or just a few hours in the evening. You are welcome whatever. Bring some games. I have a few and the club games will be there with the boards.

Anyone wann play TMNT Shadows of the past...

I'll be down this evening for a bit, probably from about 7pm ish.

I'll be there from 5ish. May bring some games not sure what

I also have no idea where to go! I vague know which is the hicks building. Will it be obvious on arrival to the building were to go

Polly and I plan to be there from maybe 9 or 10ish until whatever time we can manage to stay awake for.

We'll bring a few games. Probably a mix of heavy and light so there's something to play no matter what state our brains are in.

Be there at 5, bringing a bunch of stuff. Gonna see how long I last but either way I will be there tomorrow as well

Ianm wrote:I also have no idea where to go! I vague know which is the hicks building. Will it be obvious on arrival to the building were to go

Walk from the Uni Arms to the students union. If you get the the union you've gone too far. It's the tall building on the nearest corner of that "block" to the Uni Arms 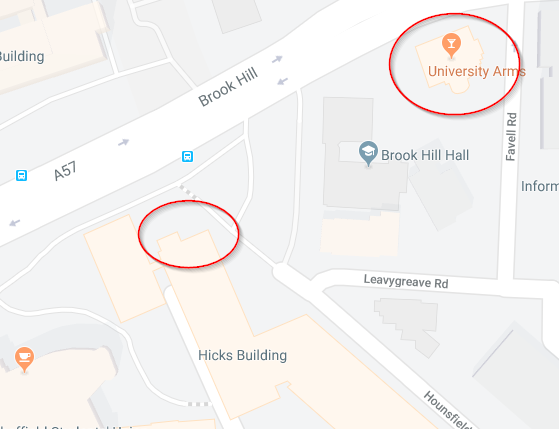 I’ll be there from 5. Hoping to last all 24 hours but we’ll see! I’ll be bringing various games, some heavy, some lighter.

Page 2 of 2
Permissions in this forum:
You cannot reply to topics in this forum
Who is online?
In total there are 4 users online :: 0 Registered, 0 Hidden and 4 Guests