Some of us (me included) will be away at the UK Games Expo, so maybe it'll be a quieter session this time. Who's coming?

See you at the Expo 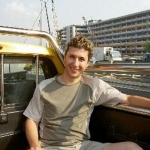 I'll be at the Red Deer I think.

Thanks everyone for coming down on Sunday, with the UKGE on I was a bit worried I was going to be sat on my own but we were quite well attended!

We started off with an unplayed game, which we learned and tried out. War On Terror saw Scott terrorise the entire world! It was a bit too hot to be wearing the Evil balaclava but Phil gamely tried it on for size!

See you next month!