Show us your Christmas game stash! 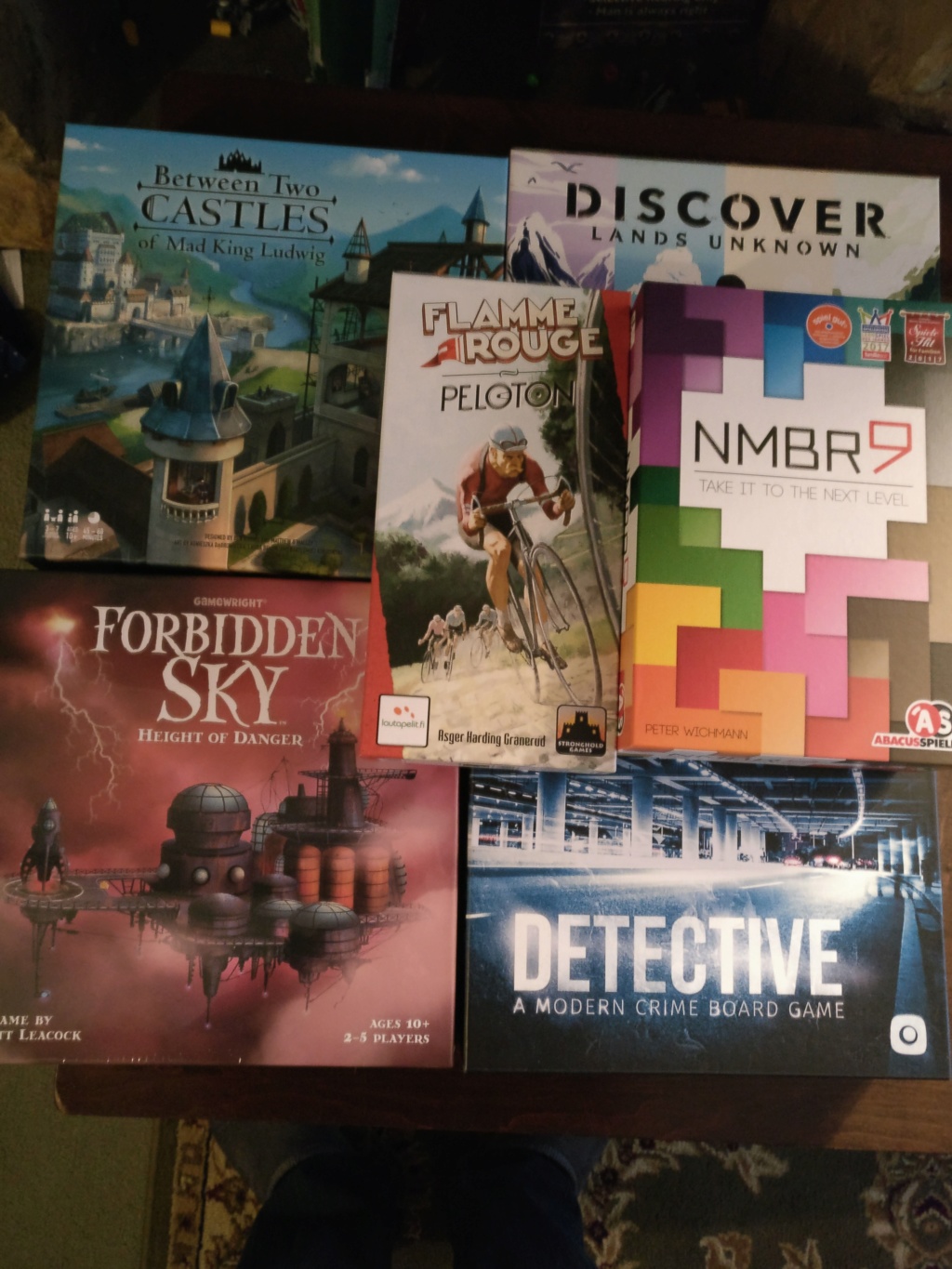 Ive got an Exit game, abandoned cabin, Azul, Stained glass of sintra, and the fantastic beasts dice game.. still a few presents left to go yet though

Flamme rouge for me.
Is there any gaming planned before the new year?

After much badgering from family members, I gave them a wishlist of games I'd like to have. A few days later, they pointed out that half the list was literally unavailable (not reprinted until next year) and most of the rest was difficult to find in the trifecta of "English version", "in this country", and "at a reasonable price." I got the remainder of my list, which consists of one game: Inis.

(I also bought Santorini for Phil, so I guess that counts as half-mine too now.)

I also got Inis (also via my wishlist), along with Century: Eastern Wonders.

Not a *vast* addition to the library, but I'm happy

Nothing for me but I did buy my wife the expansion for Great Western Trail. Played it a few times now and I really like it. Makes you think about your options abit more and it’s no longer just a race for the station master tiles.

I got Fox in the Forest, Between Two Castle of Mad King Ludwig and The Mind.

Forgot to add the copy of Lost Cities: Rivals I got from Secret Santa, Really looking forward to trying that one out soon!

I'm sure that can be arranged!

Scott_Fryer wrote:Ive got an Exit game, abandoned cabin, Azul, Stained glass of sintra, and the fantastic beasts dice game.. still a few presents left to go yet though

We played Abandoned Cabin over Christmas, really enjoyed it!

swilbur wrote:
(I also bought Santorini for Phil, so I guess that counts as half-mine too now.)

I love Santorini. Hugely over the top from a production perspective, but such a lovely, simple game.

Similar topics
» I am going to be in Macy's Thanksgiving and christmas day parades
» Decorate your backyard for Christmas!!!
» Christmas chest quest
» 12 Days of Christmas Quest Walkthrough!
» Christmas Songs