Anyone wanting to play any of those, let me know.

Bring one tonight. Have you read the rules on any/all?

It'd be easier if someone says they want to play something and I'll read the rules and bring it. Many of them are also big heavy boxes so I don't want to bring them if they're not going to get played.

Anyway, if no-one requests anything, I'll just pick one at random and keep bringing it till it gets done...

I'm prepared to help you with this mission

I know fresco, hamburgum and thebes well enough to teach - and I quite like them all

We also discussed pillars which I am always happy to play.

I'm not there this week, but I'll let you know when I'm next coming down and we can get something played I'm sure

Let's do it alphabetically, one per week, starting next week.

Tim - Excellent news! I thought we had some cross-over so I was hoping you wouldn't mind teaching something. Pillars is Laura's, but I'm happy to play that sometime as well. And Waldschattenspiel is great! It reminds me of when we had power cuts as a child and I got to play games with the whole family by candlelight.

Kes - alphabetical is as good an order as any. In the absence of any other influence I'll start with Blue Moon City next week.

Woooo, I can help. 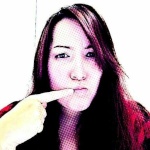 I won't be round next week, but will be there the following week. Happy to help you get down the list, I consider it the least I can do after subjecting you to Exodus last night...

Thanks guys! And Exodus wasn't *that* bad. It's got a lot of interesting ideas, it just has... issues.

There might be ways to house rule some fixes? At least to stop the movement system from being beyond tedious. You could do movement in reverse turn order? That would give the chancellor more power (moving last before resolving conflicts). As it was there wasn't much advantage to being chancellor.

Yes, the fact I lost did have a lot to do with my opinion.

I gave up on round 5 and just decided to try to blow up one of Dave's planets (which I failed to do, of course!)

Funny you should mention house rules, Dave and I were discussing some thus morning:
- make it a real 4x by starting the game with the asteroids and blue planets hexes face down and randomise the appearance of centaurian ships for players that venture into an unexplored hex.
- limit the ships to one of each kind, to remove the problem with which ship is holding passengers (and remove the tedium of moving large fleets).
- allow the transfer of technology between ships only if the ships are on the same hex.

I like your movement suggestion, would be interesting to see how that plays out...

My main problem was a copious lack of polish to the game - the components felt cheap, and the manual needed some serious work. The game itself I found quite fun but certainly had its issues. movement was a pain and the thematic and logical inconsistencies annoyed me. Still, glad I gave it a shot.

I bet with a bit of thought you could houserule it into a decent game, which is a an opinion that suprises me as I'm generally very anti-house rules!

Yep, all those house rules seem good ideas. Particularly adding the exploration, that was sorely lacking. You could roll a die to see what type of resistance you met: 1-3 for easy, 4-5 for medium, 6 for hard or something. Not sure it's necessary to reduce the number of ships available, it's only the passenger ones that are nonsensical. It'd be a lot of work to upgrade a blueprint and only get one ship out if it.

I think the revised edition made a lot of changes. The components are certainly better and the artwork on the hexes is *much* nicer. Not sure they made the rules better though...

It's true, I don't normally like house rules either, Dave, but if it's that or never play a game again then I'd go with the changes! It's also kind of frustrating when there's a great game in that box; the rules just don't get the best out of it.

Can you have a copious absence of something?

"There is an abundance of no apples in the fruit bowl!"

Houserule is a good verb, though.

Updated after tonight's success! Striking that was a lot more satisfying than it deserved to be.

Thanks to everyone involved, I hope you didn't hate it. I thought it was good. Not brilliant, but a good solid game.

I thought it was good. Blue moon something... you should keep a log!

Collosal Arena next week, then?

Confusingly my copy is Titans of the Arena (which I think sounds better anyway), but it's the same game. Anyway, it does look fun, betting on monsters and trying to manipulate who survives.

I'm just reading the rules for Cuba and it doesn't seem to be at all what I thought it was :/. I expected a nice friendly worker placement game, but instead it's Puerto Rico (which I don't like) with bidding (which I hate). Oops.

CocoaCocoabo wrote:
I'm just reading the rules for Cuba and it doesn't seem to be at all what I thought it was :/. I expected a nice friendly worker placement game, but instead it's Puerto Rico (which I don't like) with bidding (which I hate).

Sounds right up my alley! I look forward to that one...

Bunglebogs wrote:Sounds right up my alley! I look forward to that one...

Are you going to be there next week Paul? I can bring it along if you want and we can try it.

Similar topics
» Unplayed board games in Greenhill - Saturday 23rd May
» A list of board game resources - local shops, game groups, online reference, etc.
» Zombicide Game Night - Get a free Survivor for your game...
» My perfect board game, based on a video game...
» Game Inserts

Page 1 of 3
Permissions in this forum:
You cannot reply to topics in this forum
Who is online?
In total there are 2 users online :: 0 Registered, 0 Hidden and 2 Guests