What are you reading?

Steven Erikson House of Chains, book 4 in A Tale Of The Malazan Book Of The Fallen. Throw away all your other 'fantasy epics' and just read this and then just.....read it again

Just finished The Inner Head - a funny book about the occult by a couple of friends of mine. Now back to slowly working my way through A Clash Of Kings :-)

I read Thomas the Tank Engine rescues the day - if that counts?

The Wire:Truth be told.
It's been sitting on my shelf for about four years, so I figured I should read it.

Or The Smartest Giant in Town if we're following Aneurin's rules.

I've just finished "Red Country" by Joe Abercrombie.... 6th Book in his fantasy series - I liked it. I like the whole series - a bit Game of Thronesish I suppose - very descriptive and quite nasty!
Just started reading "Black Wings of Cthulhu" edited by S.T.Joshi - It's a modern compilation of short Lovecraftian horror stories.... I'm about a third of the way into it, and not read any good ones yet.... 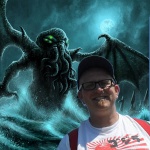 Stewart Lee - How I Escaped My Certain Fate: the tale of the comedian's return to stand up told through transcripts of his shows and a bucket load of footnotes.

I just read the Walking Dead novels which are an interesting addition to that universe. They follow the same timeline as the comics but focus on Lily and The Governor instead.

Just started Stephen King's 22/11/64, the story of a man who travels back in time to attempt to stop JFK's assassination. So far it's excellent but it's the ending of his books that usually disappoint me so we'll see!

Then maybe Slaughterhouse Five as is supposed to be good

Sam - did you ever give The Stand another go?

I've just read Ernest Cline's 'Ready Player One'. Top drawer nerd/pop culture fiction about the not-too distant future where humankind has become infatuated with the OASIS, a simulated reality. The creator hides an Easter egg in the simulator, announced following his death, which leads to a race to find it.

Really fun, moves along at a great pace and is packed with Sci-Fi, film and gaming references. I think one or two (dozen) here would like it so pick up a copy if you haven't all ready!

I'm going through a mini comic resurgence - read several Hulk titles leading up to the events of Planet Hulk, will be moving on to Red Hulk soon. I've also just started 'Saga', seems like high fantasy set during a war between rival races from a planet and it's moon. Great artwork and enjoyable so far.

Jon - I really struggled with the 'Malazan' series, I started reading it after your recommendation. I got 2 books in and just found it too slow, even by fantasy standards! I'll no doubt try again one day, I don't think I was doing it justice by reading small bits at a time.

Hey, I remember this thread!

Karl wrote:Sam - did you ever give The Stand another go?

Whoops, forgot about that one! Good first three chapters, though! I'll start that again today, though if you want it back for any reason just let me know (I'll find it in the library).

Re: comics, have read a lot of Marvel stuff in the last few months. Such a ridiculous and convoluted continuity that you can't take very seriously when taken as a whole but fascinating and additive when you find the good stories and learn how they lead into other good stories. One of the titles I'm reading is Grant Morrison's New X-Men, which is weird and edgy and very cool, and that leads into House of M and then comes Civil War and so on. The ongoing Secret Wars thing where the Marvel comics universe is being rebuilt is quite exciting to hear about, though I've still got to read Hickman's Avengers before I start it, which I'm really looking forward to because Hickman's Fantastic Four is amazing (people who watch films but don't read comics may be as surprised as I was to learn that Fantastic Four comics are often awesome). I'm looking forward to the new Invincible Iron Man written by Brian Michael Bendis (of Ultimate Spiderman fame). Meanwhile Ste has greatly intrigued me with his description of Locke and Key and of course there are a hundred other comics like Saga and Y: The Last Man and Twentieth Century Boys that sound super exciting and I probably will not live long enough to get around to reading!

Got to give something up. Sleeping?

Anyway, in terms of big boy books, to balance all the other nonsense I am putting into my head, I've been reading Bill Bryson's A Short History of Nearly Everything, which is his account of scientific discoveries and the strange people and circumstances that birthed them, and A Very Short Introduction To The Cold War (don't tell anyone I'm only reading it so I can make sense of Twilight Struggle).

I'm just reading "You Are The Hero" by Jonathan Green, a history of the Fighting Fantasy books. It's full of artwork and interviews, maps and things.  Highly recommended if you were into those game books at all.

I recently finished reading vN by Madeline Ashby, the first book in the Machine Dynasty. It tells the tale of Amy, a self replicating android whose failsafe (the code preventing her from breaking Asimov's first law) fails when she eats her grandmother to protect her mother. It's not quite so bonkers as it sounds, definitely worth a read.
I'm almost finished reading the 2nd book (iD) , the 3rd book (reV)  is due to be released in a few weeks.

Sounds intriguing that Paul, I'll add it to my massive 'to read' pile.

I'm totally hooked on the Saga comics now, it definitely lives up to the Space Opera, Sci-Fi/Fantasy Epic billing.

Sam - Bryson's 'Short History...' is one of my favourite books. It should be mandatory reading in schools!

I'm currently in the middle of a Storm of Swords, I've read them all before but reading them again as I watch the TV series too. In terms of comics I'm currently reading The Walking Dead which I'm sure you've all heard about. Been buying the big compendium versions which lump together 48 issues a book so not quite up to date. It's very good but Jebuz does it go on forever. I'm also reading a comic called Uber which is about an alternative WW2 where the Germans develop super soldiers, quite cool but extremely violent.

As mentioned already by Sam, I can seriously recommend Locke & Key, excellent series of comics. A little bit YA but quite dark in places.

karl_b wrote:Sam - did you ever give The Stand another go?

I've just read Ernest Cline's 'Ready Player One'. Top drawer nerd/pop culture fiction about the not-too distant future where humankind has become infatuated with the OASIS, a simulated reality. The creator hides an Easter egg in the simulator, announced following his death, which leads to a race to find it.

Really fun, moves along at a great pace and is packed with Sci-Fi, film and gaming references. I think one or two (dozen) here would like it so pick up a copy if you haven't all ready!

I'm going through a mini comic resurgence - read several Hulk titles leading up to the events of Planet Hulk, will be moving on to Red Hulk soon. I've also just started 'Saga', seems like high fantasy set during a war between rival races from a planet and it's moon. Great artwork and enjoyable so far.

I'm currently listening to this on audible. it's good, but read by Will Wheaton, which makes it a bit weird when he namechecks himself... 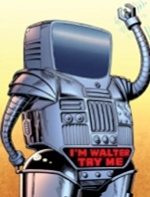 Currently ancillary justice, not a bad novel, telling the tale of how one human slaved to a ship mind came to be separated from the mind and tries to seek justice across millenia

Currently reading How to Survive a Garden Gnome Attack.

It's a practical guide explaining ways in which you can protect your home and your family from the evil little buggers that reside in our gardens. It's a must read for anyone planning to survive the forthcoming Gnomepocalypse.

I feel like I'm not reading enough non-fiction. I don't want anything too long or technical, just something nicely readable, but of course I want the information to be good and reliable. For subject I'll take anything 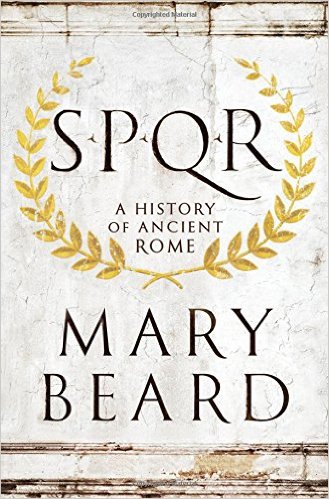 Perfect. Went past the library in my lunch break, saw it on the shelf immediately, read the intro, borrowed. Cheers

Page 1 of 2
Permissions in this forum:
You cannot reply to topics in this forum
Who is online?
In total there are 5 users online :: 1 Registered, 0 Hidden and 4 Guests