Most of the older stuff is a result of my partner's rummaging in charity shops and finding things she really wanted when she was a kid, such as Buccaneer or Formula 1.

What do you think of Furstenfeld? I saw it in town and it's a big heavy box but the bidding didn't really appeal to me.b

"Bell-Bottomed Badassses on the Mean Streets of Funk" - now there's a title that gets my attention!

RikTheChief wrote:What do you think of Furstenfeld? I saw it in town and it's a big heavy box but the bidding didn't really appeal to me.b

I've only played it once so far and it was quite enjoyable. I'd describe it as a light cross between Power Grid and Dominion. It did seem to finish quite abruptly, though. I expect there's more subtlety to the tactics that would take a few more games to discover.

Having accidentally spent about £150 on games in the last couple of weeks, I think I'll have to restrain myself from buying any more for a few months while I try to get through some of my unplayed pile. I know there's lots of other great games out there I want to try but, you know, I have this club thing every week where people keep bringing games so I could just get my fix there.

In related news; does anybody want to play War of the Ring at some point?

Here's a list of my unplayed games. If anyone fancies giving any of them a go at some point, let me know.
Generally I'm pretty good at getting my games played at least once but these have been hanging around for a while. They're mostly older games, (so they don't have that 'new and shiny' attraction to get people to play it) and/or they need 3+ players (so I can't just have a go at it with Polly at the weekend).

History of the World (a Ragnar Brothers classic)
Workshop of the World (a more recent Ragnar production. I accidentally bought most of their back catalogue in an idle moment)
Mystery of the Abbey (Bruno Faidutti does Cluedo)
Graenaland (an early Vlaada Chvatil game)
Brass (Martin Wallace classic. This is the old version, not the shiny new reprint)
Tichu (classic-style 4-player card game. Apparently has an enthusiastic fanbase)
Eketorp (Dirk Henn did Shogun. I don't think this is much like that)
Sylla (something about Rome. I did read through the rules once and it looked like it might be good)
Excalibur (Proper old-school game. Wonkily printed monochrome cardboard chits where you'd have miniatures if it were produced today)
Tulipmania (this game is not a looker but Polly says she enjoyed it when she played)
1829 (Genre-creating classic. This one I may never get played, but I kind of like having it anyway)

I'd be interested in giving Tichu a go some time. It's one that seems to get mentioned a lot!

Three years later, I've not done well at that list of unplayed games. I've ticked Eketorp and Sylla off but the rest are still unplayed.

Eh, at least half of those three years don't even count as real time. 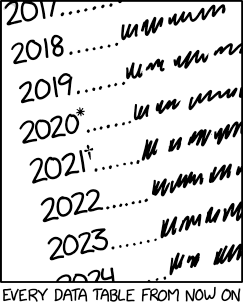