Just spotted this on BGG, its not too far away so I might make a weekend of it
http://www.fbgames.co.uk/Midcon/default.htm

It does look interesting, but sadly I can't make the dates this year. If you do go then let us know how it is!

I'm also away that weekend, but I'd be curious to know what it's like.

It was a good weekend, drove down on Friday evening after work and got there about 7pm, there were already people there set up and playing games.
In the main game room was a bar and a food stall, plenty of sturdy tables all covered with cloths.
There was also a shop selling brand new games, with a Midcon discount of 10%.
People were mostly playing newer euros, however there was a lot of variety and I saw plenty of classics as well as new stuff.
Typical games being played were Speldor, Panamax, Kanban, Agricola, I also saw Ra, Ticket to Ride, 7 Wonders, Dominant Species and lots more.
Off to the side there was another room, probably half the size, again filled with people playing.  There were also a couple of smaller rooms which had 1 game each in them.
People also started playing in the public bar, next to reception which was really cool. Non gamers were passing through reception and would occasionally stop and watch. Of course most just ignored us but it was nice to see.
There was a Bring and Buy where people took their old games, I managed to get rid of a few I had never played and there was a lot of older games there, for reasonable prices as well as newer ones.
The event went right through to Sunday afternoon, I left Sunday mid-morning and got back home at around 12.
Overall it was a fun event, met some nice people, played lots of games and would definitely try and get there again next year. 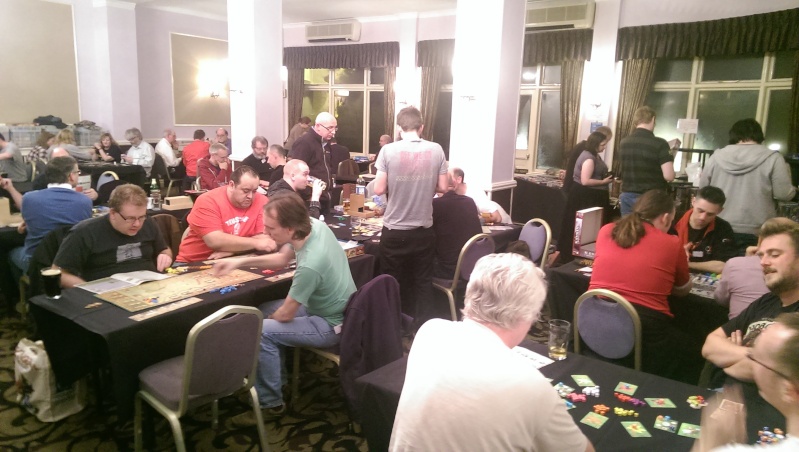 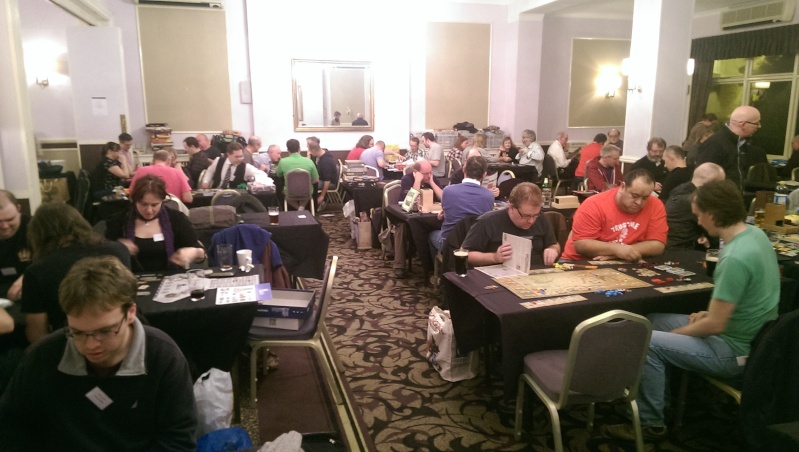 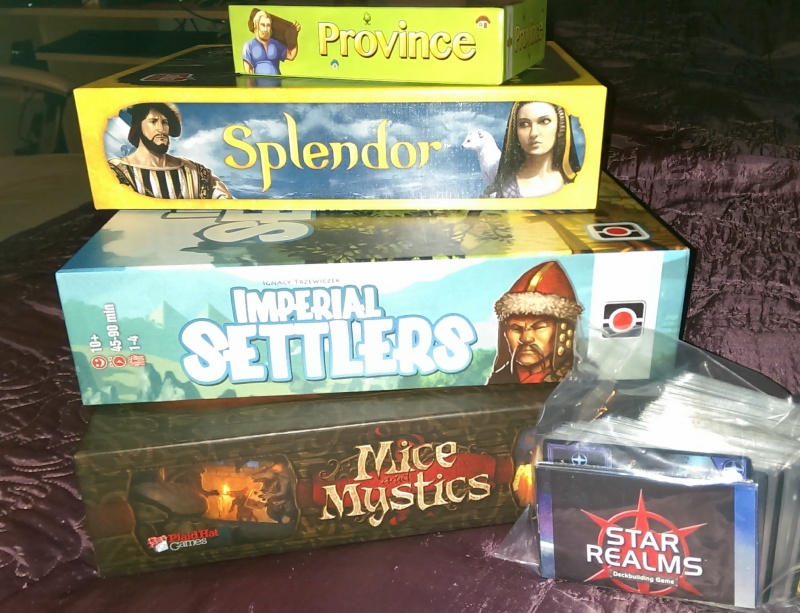