He hasn't. He wants to though. Could play Wed/Thur next week?

Both fine for me

Sam - any chance we could fit this in before Netrunner on Thursday next week? If we met at the Red Deer at 6.00 and did it then?

I can't get there till 6:15 or so (let's say 6:30 to allow for my usual inability to give an accurate ETA). But if we just say card games session at the Red Deer from 6:00 onwards, anyone who wants to come and play Netrunner earlier can do so, we can play GoT when we arrive then either join the Netrunners or keep going with GoT. And anyone who wants to play Warhammer Invasion or The Lord of the Rings LCG or Magic or Pokemon or snap can come along too.  I'll try and book upstairs tonight. I'll make a thread in Club Meetings too.

Also, do the right thing and change your name back

Or I could get everyone to call me my screen name in real life.

The Red Deer is already booked next Thursday and Wednesday, and pretty much booked till the end of the year it seems. The Redhouse say they can open on Wednesday (they have an open mic night on the Thursday) but I figure if it's just a few of us it might not be worth it for them. Recommendations for board game friendly pubs (or other venues)? I looked through Lizzy's list and am thinking maybe the Brew Dog or Dev Cat.

Kes, Lizzie, Jack — Game of Thrones this Thursday evening? If so I'll book it.

Doesn't look like we can do this week sorry, but definitely next week - Thursday 4th.

Is this some SBGC gossip?

Kes wrote:We've got a tournament at the weekend so we need to practice

Have you got the Decimator yet?

Not yet, it's preordered

Kes wrote:Not yet, it's preordered

Its out this week isn't it?

I know this will only have come up rarely (only when you are running against multiple pieces of rezzed ice of the same type), but I know I've done it wrong at least once. Italics are mine:

Android Netrunner Core Rules wrote:Increasing an Icebreaker’s Strength
Many icebreakers allow the Runner to temporarily increase the
icebreaker’s strength by spending credits. This helps the Runner
deal with stronger pieces of ice, provided he has enough credits
to spend. This strength increase lasts only while the current
piece of ice is being encountered, unless otherwise noted
by card abilities. After an encounter with a piece of ice, the
icebreaker’s strength returns to the value shown on its card. This
applies to any other strength modifiers given by icebreakers as
well.

ie. Icebreaker strength doesn't usually last for the whole run, you have to pay for strength again if you encounter a new piece of ice of the same type. Exceptions in the Shaper icebreakers, which specify "for the remainder of this run", which is what clued me in.

We'll play this right one day!

OK so my shiny core set arrived today! Already put a couple of decks together and itching to play, anyone keen? 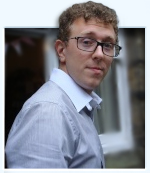 I struggle to find additional gaming time a little at the moment... but thought this was the appropriate thread to mention that I got Doomtown: Reloaded as a present from Kat. It certainly seems complex but looks really interesting. You can build decks for different 'outfits' and the cards also double up to give you poker hands (you need low hands for 'initiative' each round and high hands to win showdowns) so a LOT to think about in the deckbuilding. Aneurin and I are going to try it out tomorrow to figure out how to play but if anyone fancies giving it a go some time then I'd be happy to.

ah love a good wild west theme. Not too clear on how the game actually works though, might have to watch you two playing tomorrow.

Ellis wrote:ah love a good wild west theme. Not too clear on how the game actually works though, might have to watch you two playing tomorrow.

I'm not 100% clear on how it works either! ;-) I think it's one you have to play a couple of times to get the hang of. It's reasonably new but there are a few videos and FAQs starting to appear.

Kes wrote:I'd be interested in giving it a go

Cool! I was thinking it might be up your street...

Page 2 of 2
Permissions in this forum:
You cannot reply to topics in this forum
Who is online?
In total there are 4 users online :: 0 Registered, 0 Hidden and 4 Guests